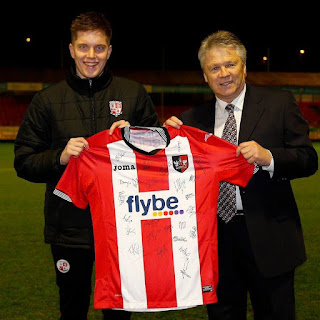 I was planning on writing this a few weeks ago after the end of my chemotherapy treatment, but decided it would still be too raw. I've said before that I'm not one to be too emotional in public - but the last few months have definitely changed that!

Now, nearly a month after I've finished treatment, and six weeks since being given the all clear from cancer, it seems the right time to put something together after the past few months, because I spent three years of my life trying to learn to be a journalist.

Being diagnosed nearly four months ago didn't seem real. We've all seen the Cancer Research adverts, and if you were like me when they come on and fall silent, then that's nothing to be ashamed of - because you think 'it won't ever affect me', right?

It isn't a bad thing to feel like that, but the truth is it affects so many people - and really I'm one of the lucky ones.

I'd been in serious pain since last November, real pain, but never revealed it to anyone. I just tried to carry on as normally as possible, but couldn't really celebrate my 22nd birthday last December, and Christmas wasn't that great either.

People would ask me why I couldn't go somewhere, I'd get invited out at the weekends and have to say no, but never told anyone why.

At the start of February I found out why, and I was terrified - but the first thing they told me was that what I had was 99.8% curable - I'm great believer in fate and held onto that over my nine weeks of treatment.

I lost my Grandad in the middle of treatment, he lived round the corner and I saw him at least five times a week, we were very close.

I kept at my job, when I could. I travelled to matches with work too - trying to distract myself and tell myself that I'd get better.

I tried to keep trivial - I wrote a match report when I got the all clear to try and make people laugh - it was the best way I felt I could deal with it all. I lost my hair - it's on it's way back now, and it turns out it'll probably be a different colour.

I wanted to write this to really say thank you. Thank you to all my mates who kept checking up on me, thank you to my family who toughed it out with me, thank you to the football clubs across the country and beyond for sending me shirts, footballs and everything else to raise money for the John Harrison Foundation, thank you to Crawley Town FC and the management, players and staff for keeping me smiling every day no matter how bad it got.

I'll never complain about insignificant things again, because now I see things a lot differently than before.

Next time one of those adverts comes on, you'll probably notice it more now, I know I do.

My Grandad was with me at the start of my treatment, and I know he was with me when I got the all clear too.

It's time to crack on with the rest of my life now, onwards and upwards.